My friend lives in Utah and loves the beach! You really don’t get that in Utah so we decided to make her a little something to help her have  a little beach in Utah.

We’ve never tried anything like this before, so the first thing to figure out was the sand. We got white sand and some black pebbles. We mixed the sand with some glue and then put a few pebbles into it. The only issue was that it spread as it dried so we had to keep an eye on it to keep it in place. This is the sample to see if it would hold. It dried very stiff and hard! 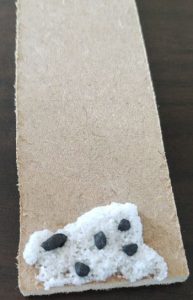 We found some shells and a frame and started to make the background. The only thing here was that it was very heavy! So heavy that hanging it on a wall was not a good idea! Luckily she had a place to just set it! This photo is while we were just laying the shells out, not in the sand. The other issue with this was the depth of the shadowbox frame.  We wanted to put a chair in the frame as well and so space was tricky.  We ended up having to sand off a little of some of the shells to get it to fit. 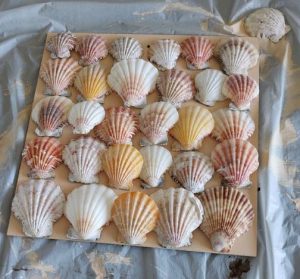 The next thing was to find a chair that was the right size. To say we looked everywhere would be an understatement! You would think that somewhere would have a small beach chair, but nope. So we decided we would have to make our own. Of course we went to the internet and found multiple videos on how to make them. So we did! The first one was the right height but not the right depth and we couldn’t really figure out how to make that different. The second one was too small.  We ended up cutting the bigger one in half and positioning it straight and we were happy with the way it turned out. And we used the small one with the bow on top of the frame. 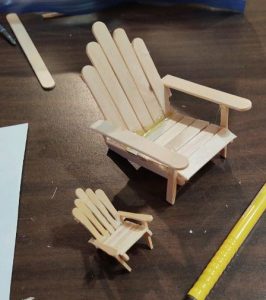 We used the same sand mix on the bottom of the frame to make sand and to stick the chairs in. This was harder than just the back to keep it where it needed to be as it dried because you had to keep it out of where the back would sit.

The only thing left to do was to pick some sayings and get the vinyl on. We wanted to put it on the inside so to do that you need to remember to mirror the image before you cut it out and it changes the color of the vinyl slightly. 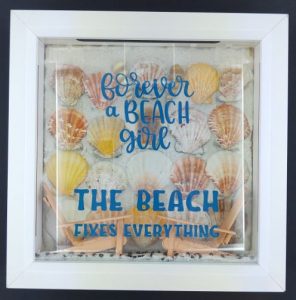 A fun bow and  we hope she likes it! 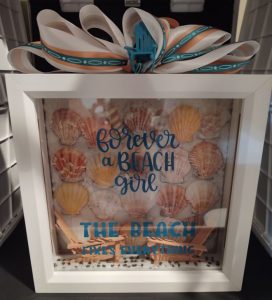 Thanks for reading our  blog!

This week we have done the Valentine’s shadowbox. It isn’t as blinged out as some of the others but it is just as fun! 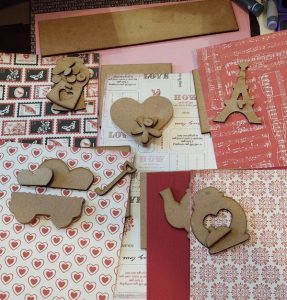 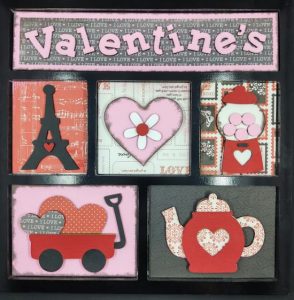 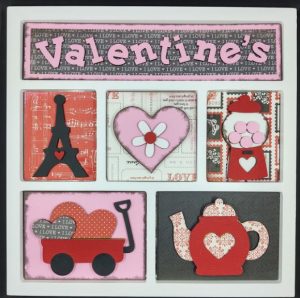 If you would like to make one of these for yourself or come to a class to make it or if you would just like to purchase it already done, just let us know!

Basically, your first shadowbox with insert is around $50.  Additional inserts run around $30

If I put it all together for you,  Add an additional $10 to the price

This week we worked on the winter insert for the shadow box.

Steve is getting more pictures in the process so you can see how I figure out what to use! Finding papers that are small enough print and all matching is a challenge, so I like to use a kit if I can.

It is always a challenge to come up with ways to embellish them without it becoming too busy. We really had fun with the embellishments this time! 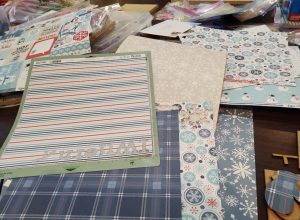 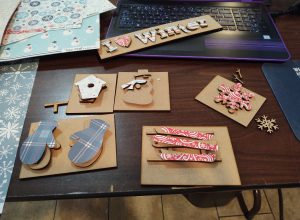 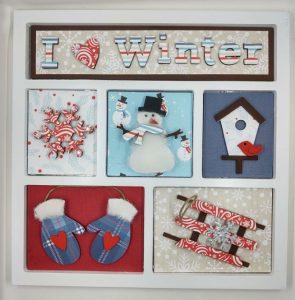 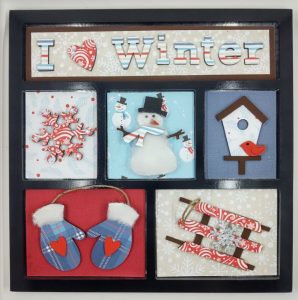 If you would like to make one of these for yourself or come to a class to make it or if you would just like to purchase it already done, just let us know!

Basically, your first shadowbox with insert is around $50.  Additional inserts run around $30

If I put it all together for you,  Add an additional $10 to the price

This week I used that paper that I designed and finally got the I Love Dogs shadowbox done!

I love the way it turned out!!  I love the colors!!!  I used a technique that I haven’t in a while.  I “dirtied” the letters and the dogs face with a sweeper brush.  It was fun to do something I hadn’t done in a while and I think it really added to the finished project!

There has been some debate on which frame it looks best in so we will be posting them both!!! 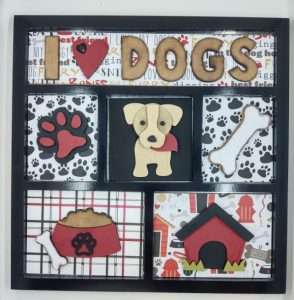 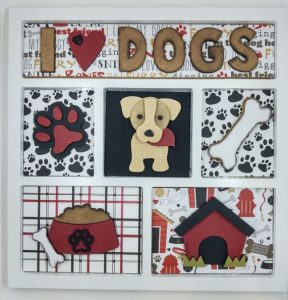 Thanks for supporting me in my blog!!!

If you would like to be contacted by email when I post a new blog please just hit the key and  fill in your email, we don’t share it with anyone!

This time it is Christmas!  The biggest challenge with these is finding paper that has a small enough print to work with the small pieces! I’m working on other’s by making some of my own paper designs! Hopefully I can show you that soon! For now just pictures of the Christmas one. 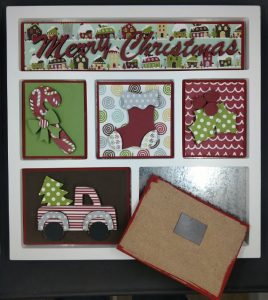 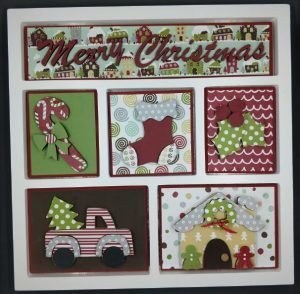 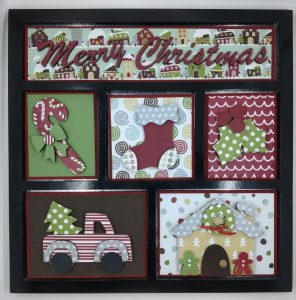 If you would like to be contacted when I post a new blog, just hit the button below and we will get you on the list!

The Happy Easter Shadowbox is now completed.  I went with some bright colors and patterns. The things in the middle row didn’t stand out like I wanted them to so I added some ink to the paper before I glued it down.  It is always good to  lay your project out before attaching everything! 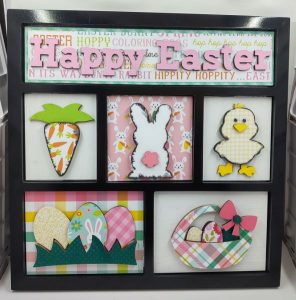 This fits into either the black or white shadow box frame.  Each piece has a magnet on the back to make it stay in place.

If you want to see the other ones I have done, click on the below links:

Hope you enjoy.  Let me know if you are interested in making one of these.!